Who’s On First? A Child’s Take on What’s Really Important 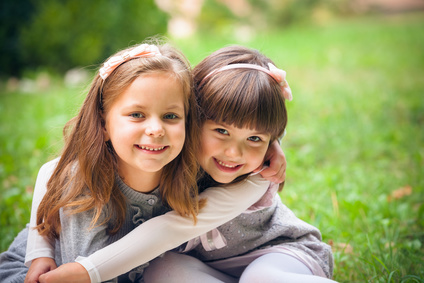 “First feelings are always the most natural.” ~Louis XIV

I overheard a remarkable conversation a couple of days ago while in a fitting room at Lord & Taylor in Hartford, Connecticut.

This was the day after the Supreme Court’s ruling on same-sex marriage, a validation of loving feelings between consenting adults. It’s a landmark moment. And while I acknowledge not all are in favour of the decision, there’s a lot of joy showing up in social media.

But back to the conversation: I was engaged in perhaps one of my least favourite activities in life—shopping for a bathing suit, or more accurately, trying several on before buying one—when a conversation between two very young girls crept into my awareness. They were obviously keeping themselves occupied while their mom was busy in fitting room nearby.

They must have seen the new Disney/Pixar movie, Inside Out, which depicts the inner workings of a young girl’s mind as her moods swing between feelings. Each of the five feelings are brilliantly voiced in the film and the animation, as well as the brain science behind the movie, is spot on; it’s smart, quick-witted and speaks to people of any age. (If you haven’t heard about this movie you must be living in Mongolia. In a hut.)

I guessed the older girl to be perhaps seven years old, and the younger one maybe four or five. (Remember, I have been learning and teaching and writing about Emotional Intelligence and self-awareness for over two decades: I have never heard anything like this exchange.) The conversation went like this:

Older Sister (OS; I wanted Big Sister, but the initials just don’t work) in an authoritative tone of voice, as though she was counting off her five best friends coming to a birthday party “…no, it’s Joy, Sadness, Anger, Fear and Disgust.”

Younger Sister (YS) after a pause, parroting OS’s words and tone: “Joy, sadness, anger, fear and disgust.” YS sounded rather proud of herself.

There followed a long pause, when suddenly OS commanded, “Do it again.”

YS paused. I could practically hear her brain at work, trying hard to remember a sequence, something the movie depicts brilliantly.

“Ummm,” she began. “Anger.” That one came easy and first. Sad how swiftly it becomes number one on the known-and-able-to-name feeling list. She thought a moment more and then continued. “Sadness…fear…and… disgust,” she concluded, placing a particular emphasis on the final syllable, drawing it out in her tiny-girl voice. It was all I could do not to burst out laughing.

But she’d forgotten one on the list, and OS jumped right in: “You forgot the first one. You forgot Joy. Joy comes first.”

And then OS, with a wisdom most adults will never achieve, responded more softly, “That’s okay,” she reassured YS. “Lots of people forget Joy. But she comes first. Remember that.“

I was knocked out, gob-smacked: I stood frozen, half in, half out of the first suit.

As Amy Pohler, the voice of Joy in the movie, might say, “Really? Really? Kids? Talking about feelings? Naming them! in an exchange underscoring Joy’s rightful place at the top of list? In a fitting room! At five? Remarkable.”

Good on ‘ya Disney. Walt would be proud.

Really? Really? A bathing suit? On the first try? Remarkable.