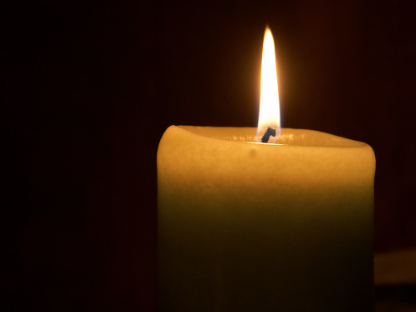 “Almost everything will work again if you unplug it for a few minutes, including you.” ~Anne Lamotte

Island living—which I am fortunate to be able to do each summer—presents its own peculiarities.

Little things, like constant proof of the existence of mice without ever actually hearing or seeing one; one morning I awakened to find such proof on my bedside table.

Having spent (cough) over 60 summers here in this ever-expanding family cottage, I brushed it off, because I’m well trained in most of this particular property’s peculiarities and sharing space with mice is one of the many.

There’s one light switch that won’t sync with its partner upstairs, certain windows that leak in a storm if blowing in from a certain direction, and boats that require securing. The power goes out maybe once a summer and is usually repaired within a day. And grocery shopping is a major endeavour.

Anyone who holds romantic notions of living on an island has never done so.

But the unapparelled view, the silence and the memories are worth all the inconveniences.

One of the things we’ve failed to do over the years is invest in a generator.

Big storms have knocked the power out three times already this spring, for days each time, so I got family approval to get a one. Finally.

On Thursday, one of the guys who tends to our property stopped by and I showed him where I need an outlet repaired; he was also to have brought the generator.

“Oh, man,” he suddenly says, “I left the generator in the truck.”

But not twenty minutes later, he’s back—with the generator and a full gas tank.

“Oh, you didn’t have to do that. Thank you!” Sometimes people surprise you.

“They’re calling for another big one tonight,” he said, pulling out his phone to show me the storm tracker. “Around 7:00 pm.” The wind was picking up by the minute though the sky was still clear.

“Nah,” I replied, “they’re off—this thing is coming sooner than that. You best be going—get off the water.”

I quickly fried up some fish on the stove and steamed some veggies. In case.

At 4:15 the sky began to darken; the massive storm predicted for 7:00 was hours ahead of schedule.

I scooted upstairs closing windows and outside moving furniture, cushions, and flowers.

At 4:22, it hit; gale force winds whistled through the house and pelting rain pummelled the tin roof.

The power cut out within minutes; some tree blew down somewhere.

And there I sat, surrounded by candles, with a full belly, all prepared for this because I’m an island gal, don’t you know.

And then I remembered: I have a generator.

I almost laughed out loud.

I can’t help but think, in hindsight, that there is some morsel of truth tucked within this tiny slice of my island existence.

Maybe when our individual power goes out, which it will sometimes, we should just relax into it.

Maybe just light some candles and sit still on occasion, because it’s that kind of world these days, and just like your phone or computer your personal batteries need recharging, too.

Because my choice was to stay in the silence and sit still with my candles for an hour before attempting to start the generator, which after only a few minutes began flashing an alarming message in capital letters: OVERLOADED, it screamed.

So much for having a generator.

I turned it off and returned to my candles.

And revelled in being unplugged.

“In a power outage, the first step is admitting you are powerless.” ~Anon