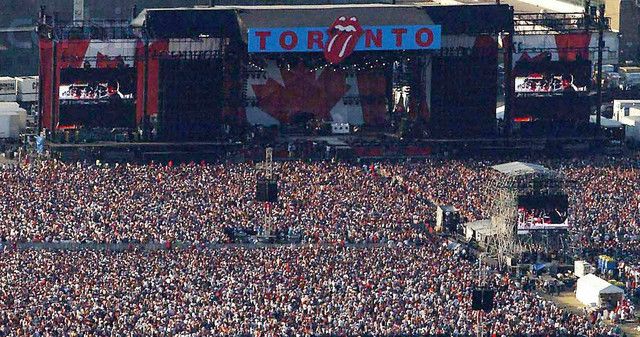 “And once the storm is over, you won’t remember how you made it through, how you managed to survive. You won’t even be sure whether the storm is really over. But one thing is certain. When you come out of the storm, you won’t be the same person who walked in. That’s what this storm’s all about.” ~Haruki Murakami

Like many, I have followed the spread of covid-19 and the different responses of countries around the world, particularly the United States. (In case you are unaware, I am a U.S. citizen who has lived in Canada for twenty-three years. All my extended family live south of the border.)

Consequently, I have watched the protests in the States—given free reign of expression and bolstered by the President’s tweets to LIBERATE states like Georgia and Michigan—with more confusion and sadness than shock and outrage. These used to be my peeps, my neighbours.

Perhaps it’s only the media coverage. Perhaps there are lots of protests in lots of countries, but I haven’t seen those reported.

I could easily generalize about those protesters—or even those who casually disregard social distancing guidelines—and turn the discussion in a political direction, but I have come to believe that the resistance to measures like self-isolation and the closing of businesses meant to curb the spread are far more cultural in nature than they are political.

I still struggle sometimes, as an American in Canada, with the cultural differences between two distinctly different nations and the mindsets that propel their policies and behaviours.

I was raised in a ME leaning environment; I now live in a WE leaning one.

In July of 2003, I took my sons and a car full of their college-age friends to the SARS concert in Toronto. We were a few of the half million who attended the open-air fund-raising concert, spreading blankets on the ground and settling in for the day.

We had driven in from the cottage earlier in the day and walked quite a distance from where we parked the car to the field, and still having that walk and a four-hour drive back to the cottage ahead of me, I was interested in “beating the crowd” out of the exit to get home faster, to “get ahead of the traffic.”

When the Rolling Stones—the last act and biggest name—began to wrap up their set, I hustled the boys toward the exit, leading the way in a single file at a quick pace, winding our way around other blankets like an erratic worm on speed. Everyone else stayed where they were.

Before we reached the exit in the chain link fence, the music ended. People stood and clapped and cheered, while we continued to worm our way out.

And then those people calmly, cheerfully and in measured fashion, collected their things and walked toward the exit. No one rushed, no one speed-wormed. And we were suddenly all walking towards our cars, together, calmly. My rushing had produced no significant advantage.

To wrap it up

Rushing forward will not help any of us—individually or collectively. Not now. Now is the time to walk toward the exit, not run, and to remember that we’re one of many, that we cannot “beat the crowd.”

This isn’t a competition, this is the ultimate exercise in collaboration on a local, national and global level.

I have heard it said that these cultural differences I have experienced from both sides can be summed up in the three essential values for each country:

“Life, liberty and the pursuit of happiness” versus “peace, order and good government.”

Me versus we. And there it is: the Marlboro man versus the Mountie; “Little Missy” versus “M’am.”

So, I won’t castigate  those who lack an education and eschew science or those who through either privilege or poverty prefer to blame others in order to ease their fear of the future for the potential perpetuation of the pandemic. They exist on both sides of the border.

I will simply point out that the rushing to reopen is a result of inculcation in a particular culture, not a politically charged landscape—it’s bigger and deeper than that; the U.S. still carries psychic wounds from the Civil War as well as those which followed.

I hope, down the road, once the world has finished speeding toward its metaphoric car, that it spends the drive home thinking about the way it could have walked there, companionably, instead of trying to rush there, alone.

“Are you aware that rushing toward a goal is a sublimated death wish? It’s no coincidence we call them ‘deadlines.'” ~Tom Robbins