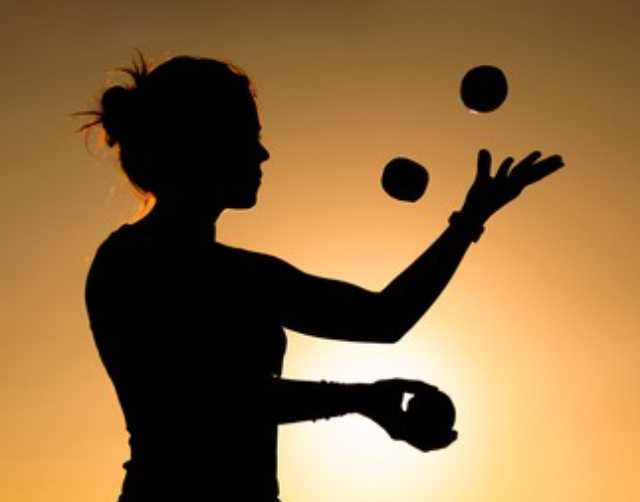 “We are not what we know but what we are willing to learn.” – Mary Catherine Bateson

Casey is a real go-getter.

Personable, open, and outgoing, she laughs often and easily.

However, as the product of an alcoholic mother, a divorce, a few trashed relationships and some therapy along the way, the long-term result is a deep need to please coupled with a fear of not being able to, of not being good enough, a common human fear.

In her early forties and just hitting her stride, she was hired as Director of a sales arm of an event company in early 2022 just as the world began to awaken after the pandemic.

The company became swamped with clients and demands, and Casey soon found herself in the weeds, trying too hard to please too many people, saying yes when she would have been better served to say no, juggling too many balls with too little skill.

In a matter of months, a couple of balls dropped. They weren’t big ones, the kind that explode a career, but her green light changed to yellow, and her boss and the CEO took notice.

They wanted to help; they liked her and saw her promise.

She wanted that help, so they hired a coach for her. Me.

It quickly became apparent that Casey felt over-worked, under-paid, and under-appreciated. She was a walking victim wrapped in a pleasing package, trying to live up to what she imagined was everyone else’s standard for her on the outside—without checking out those assumptions—while she seethed with resentment on the inside.

Nothing was her fault. There was always a reason why she was not to blame for the dropped ball, whether it be failing to respond to an email, or canceling a client meeting at the last minute, or missing a financial projection.

And then, a big ball dropped, the explosion sending shock waves across the organization. Too big to explain away, too costly to cover, Casey offered to resign. Leadership, which had been blindsided by the explosion, wanted time to absorb the information and chart a course for correction. Casey hoped to be part of that and said so, not wanting to walk away from the mess.

A week later, they took her up on her offer.

And she was incensed. Suddenly, everyone was partially to blame and she didn’t want to be the fall guy. She insisted they fire her. They obliged.

When Casey called me that afternoon, in tears, vulnerable and finally open to taking a good look in the mirror this incident held up to her, demanding her to look , she crumpled with the release truth provides.

And that’s when change begins. When we tell the truth about ourself, to ourself. Before we create around us what we’ve been blind to as an unconscious way to relieve ourself of our facades.

As Carl Jung said, “Until you make the unconscious conscious, it will direct your life and you will call it fate.”

Casey admitted to me that she had always wanted to start her own business, and was seriously considering it when she accepted this position. Her heart was never in the job, she just wanted her heart to be in it.

And that unwillingness to tell herself the truth—at that time—proved costly, delaying what she had wanted all along, at least unconsciously: time to plan her own gig.

Truth only hurts if you don’t tell it to yourself first, before someone else slaps your upside the head with it.

But it takes courage. And Casey has found hers.

“The degree to which a person can grow is directly proportional to the amount of truth they can accept about themselves without running away.” ~Unknown