The Lousy Law of the Land 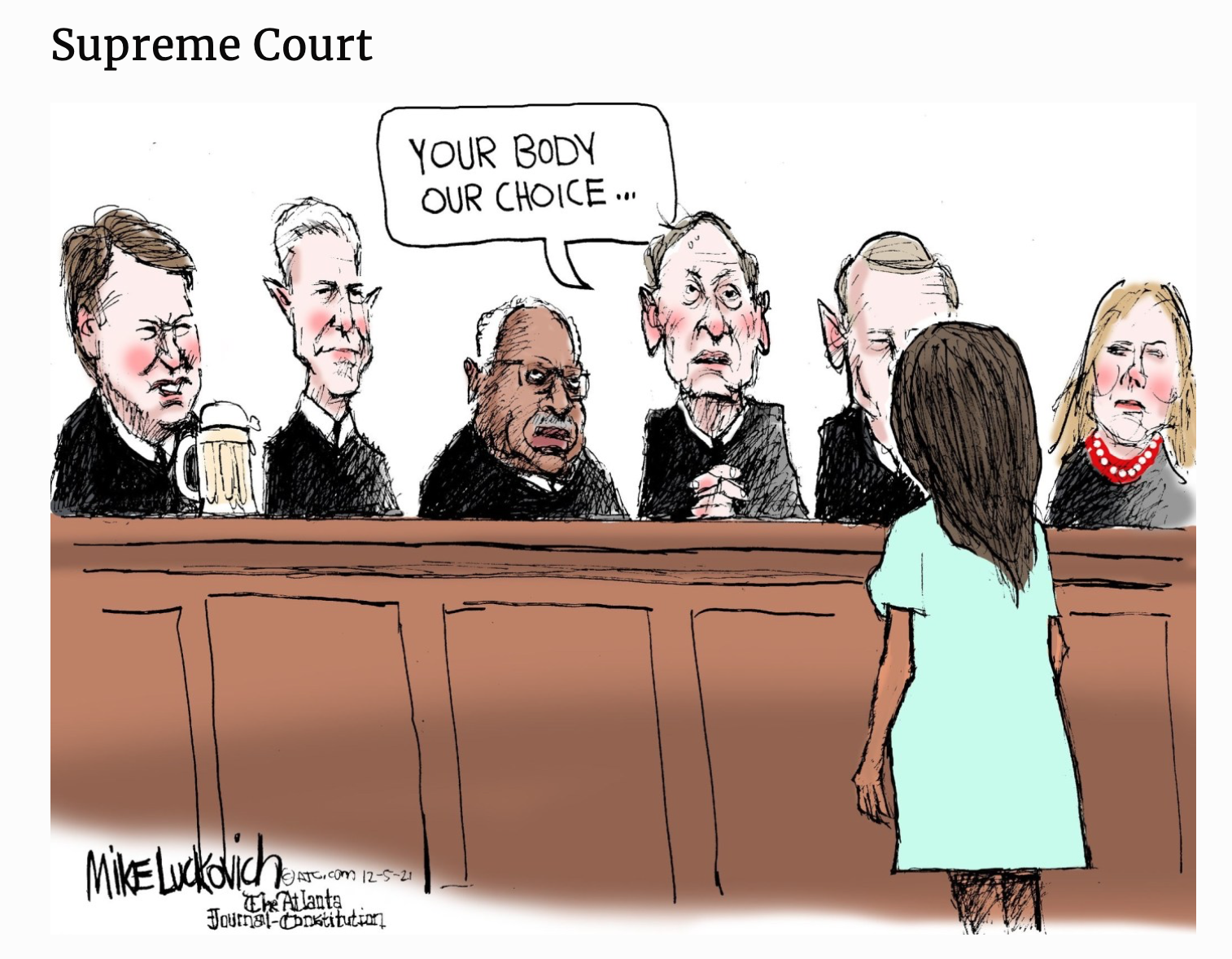 I had a blog ready to send this week, about loons and the loveliness of life and motherhood.

But then, on Friday, The Supreme Court of the United States ruled against abortion rights, kicking the issue back to the States, 17 of whom had anti-abortion laws ready and waiting to be enacted at this very moment.

The entire world responded with dismay, most notably our allies, the leaders of Canada, the U.K, and France.

I am old enough to remember pre-Roe vs. Wade days. I remember 1973 and the resounding joy when women reclaimed their bodies.

I could expound on the legal, relational, financial, societal and political implications of this ruling reversal, let loose my sense of loss, but others have already done so.

And I feel the need to stay on the ground for this one, not float 5,000 feet above the issue, opining on the larger implications.

This one is personal.

Long ago and far away, I was a stay-at-home mother to two young boys. My husband and I weren’t sure we wanted any more children at the time, and with advice from my doctor, I opted for an IUD as a form of contraception.

A year or so later, I became pregnant. We told the boys, who were excited, and then went on a cruise to Hawaii. This was before the days of cell phones.

Upon our return, there were two messages from my doctor: Call me immediately.

He called me into his office and told me that as a result of the IUD, the fetus had been impacted. He said the chances were 50/50 I’d give birth to a healthy child. As well, my own health might be impacted depending on the development of my pregnancy.

I remember that moment very clearly, all the thoughts that swirled through my head, the concern on my doctor’s face.

My husband and I talked about it. We were conflicted but unwilling to take the risk, the long-term implications to the future of the entire family being so potentially dire, and made the difficult decision to have a therapeutic abortion.

Because that choice was available to us.

I admit to wisps of wondering, sometimes, of what might have been, but I have never, not once, regretted our decision.

A decision we were legally allowed to make.

I grieve for those who no longer have that choice.

I grieve for the U.S.

With no health care or parental leave, forced birth is now the law of the land.

“No woman should be told she can’t make decisions about her own body.” ~Kamala Harris