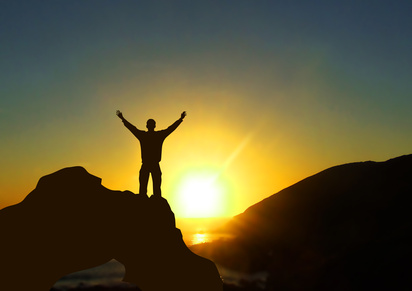 “Mistakes are always forgivable, if one has the courage to admit them.” ~Bruce Lee

Over heard: Speaker, a young thirty-something male. “Nah, my boss would never apologize. Even when he’s wrong. I mean, I get it. Shows weakness.”

I guess some people think admitting a weakness is a weakness.

On the contrary, it’s an indication of strength; it takes courage to admit an error in judgment, it takes character.

I don’t know about you, but the person who can look me in the eyes after a misunderstanding or failure, who can say, “I screwed up, I’m sorry, here’s what I think went on for me, and thanks for your understanding,” well, that’s the kind of person who impresses me.

They may not have an IQ of 140, but they’re smarter than a lot of people who do.

Character can’t grow, expand, mature or become, without awareness of our self, integration of our blind spots and ownership of our flaws.

Character is what enables us to rise after a defeat. It builds our resilience muscles, and it is forged through consciousness, course-correction and consistency, not intellect.

But you need to be smart enough to know that.

And courageous enough to live it.

“Most people say that it is the intellect that makes a great scientist. They are wrong: it is character.” ~Albert Einstein