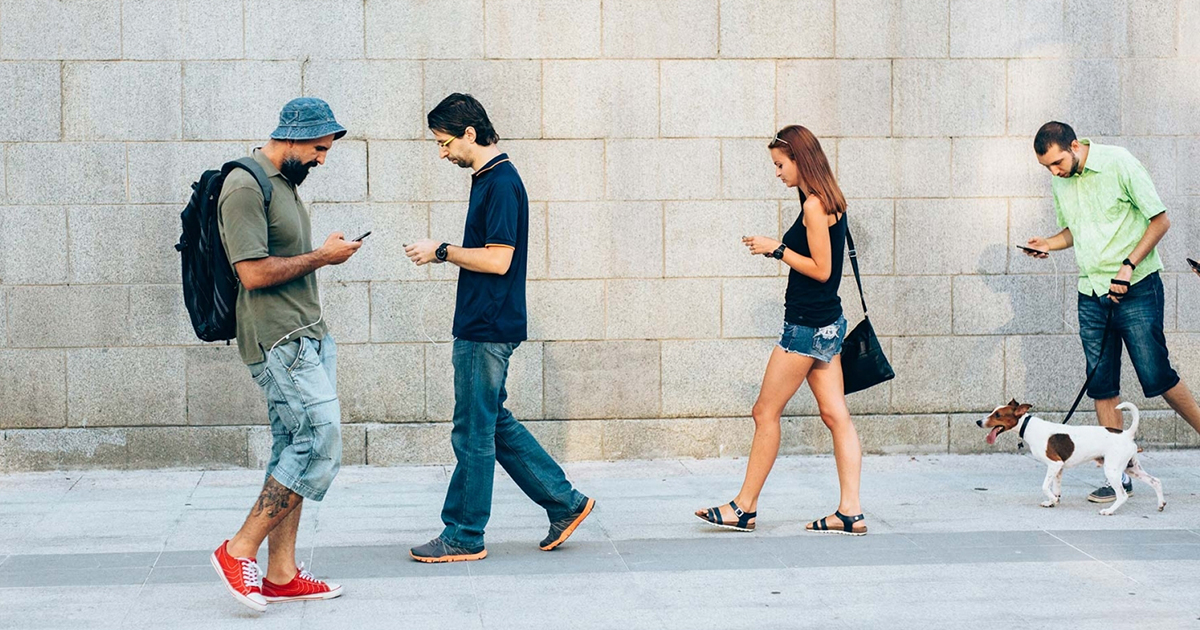 In the self-development field, there is a line too many people cross too often: The line between being self-aware and becoming self-absorbed.

I was walking with a friend in the downtown core on a busy Saturday not long ago. We came to a small intersection with no light.

A car was attempting a left-hand turn from a cobblestone side street in order to enter into a busier, larger 3-lane one-way street to our left. There was another car waiting behind him.

I glanced ahead on the big street and saw there was a gap in the traffic forthcoming. My friend and I stopped and waving, indicated he could turn.

A group of people—eight of them, as a group, but staggered in two and threesomes, one after the other—approached us on the sidewalk coming from the opposite direction. The lead young man saw us stop (we actually called and put our hands out), but kept on walking. The car had already begun to inch forward.

The young man stopped half way across the small street, his friends trailing behind, and yelled at the car to stop. I spoke up. I’ll spare you details; it was brief (“Hey, let him turn, man! Pay attention.”) and an expletive laced response (“F***! Let us pass!”) All of them strolled on through the intersection, laughing.

My friend and I watched them pass, still standing there, and shook our heads, as did the driver.

Other-awareness, that’s what the world needs a little more of these days. Take our eyes off our phones and put them onto our surroundings. Onto others.

I don’t care how important you think you are—others are, too.

It’s one thing to be aware of your own motivations, fears, agenda, and what makes you tick. As though you were your own car’s mechanic and knew exactly how it operates and how to drive it.

It’s another thing to be aware of your impact on the other folks with whom you share the road.

What good is it to be “good driver” (self-aware) if you don’t extend it to those around you?

Check your rear-view mirror once in a while. Look left and right. Pay attention. Notice.

Oh, and P.S.Please put your phone away when walking down a street.

Because there you go: Self-absorption in evidence.

Sad news but true: You’re just not that important.