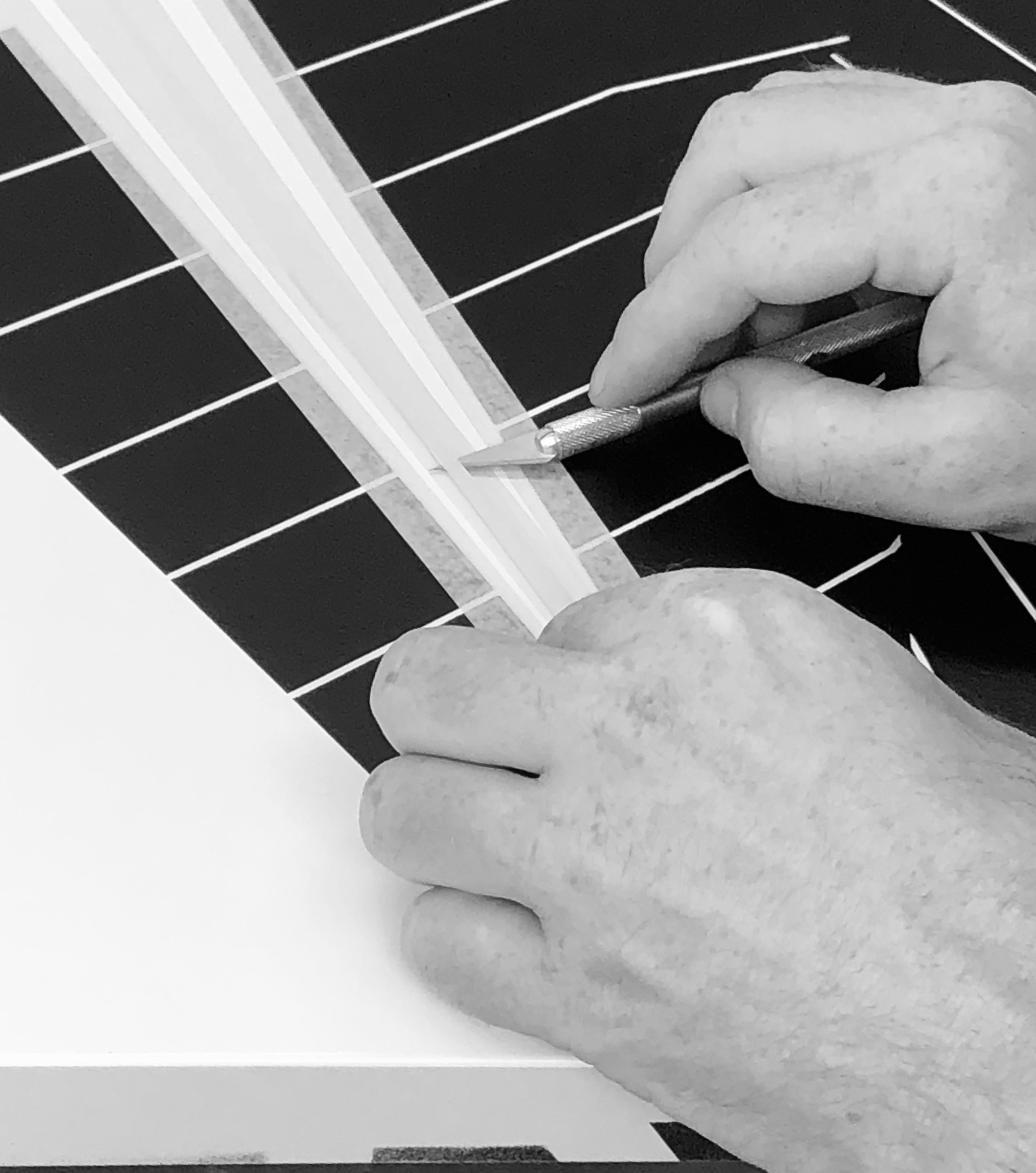 “The will to win, the desire to succeed, the urge to reach your full potential… these are the keys that will unlock the door to personal excellence.” ~Confucius

I watched the men’s finals at Wimbledon yesterday. One of the greatest matches of all time between Novak Djokovic and Roger Federer, with Novak prevailing.

It broke the record for longest match at just over five hours. Could have gone either way, all the way up to the last point of the last game, at 12-12 in the fifth set.

Precision: Tennis is a game of inches.

There is little I enjoy more than watching excellence in action. Whether it’s a sport or an art, excellence is often displayed in micro-movements, in the smallest of adjustments.

Precision is critical in the development of excellence.

I saw it displayed yesterday on the tennis court and also last week in an art studio. I was there helping my son get ready for his first solo show.

Being his assistant for a week offered me opportunities to simply sit and observe his process, when he didn’t need me holding one end of a piece of tape or fetching tools or paint or the Exacto knife.

He produces amazing stuff. That’s not the point.

What I realized while watching him actually create amazing stuff, was the painstaking procedures he follows to get to the result others admire, but who have no idea how much time and attention and detail went into the creation of it.

His focus on precision blew me away. (Where was that when I asked him to clean up his room as a child?)

I’m pretty sure that bodes well for a win, eventually, whatever that looks like in the art world.

Because the truth is, behind the excellence—in sports or business or art or music or cooking or writing or anything else—is so much time, and effort, and commitment, that nobody will ever really be able to appreciate what it takes to become excellent at anything…until they actually do it.

I have no idea what it takes to be able to win Wimbledon. Never will. Maybe if Novak or Roger invited me to shadow them for a week, I could get a sense, but I sort of doubt that opportunity will be presented.

And I had no idea what went into my son’s art. I now understand what it takes for him to create one piece—the hours, the details, the patience and commitment required.

I have new found respect for his talent and dedication.

Always a nice thing for any momma anywhere to be able to say.

Because those who create excellence? Usually love what they do.

And that’s all this momma cares about.