Off Your Radar Screen 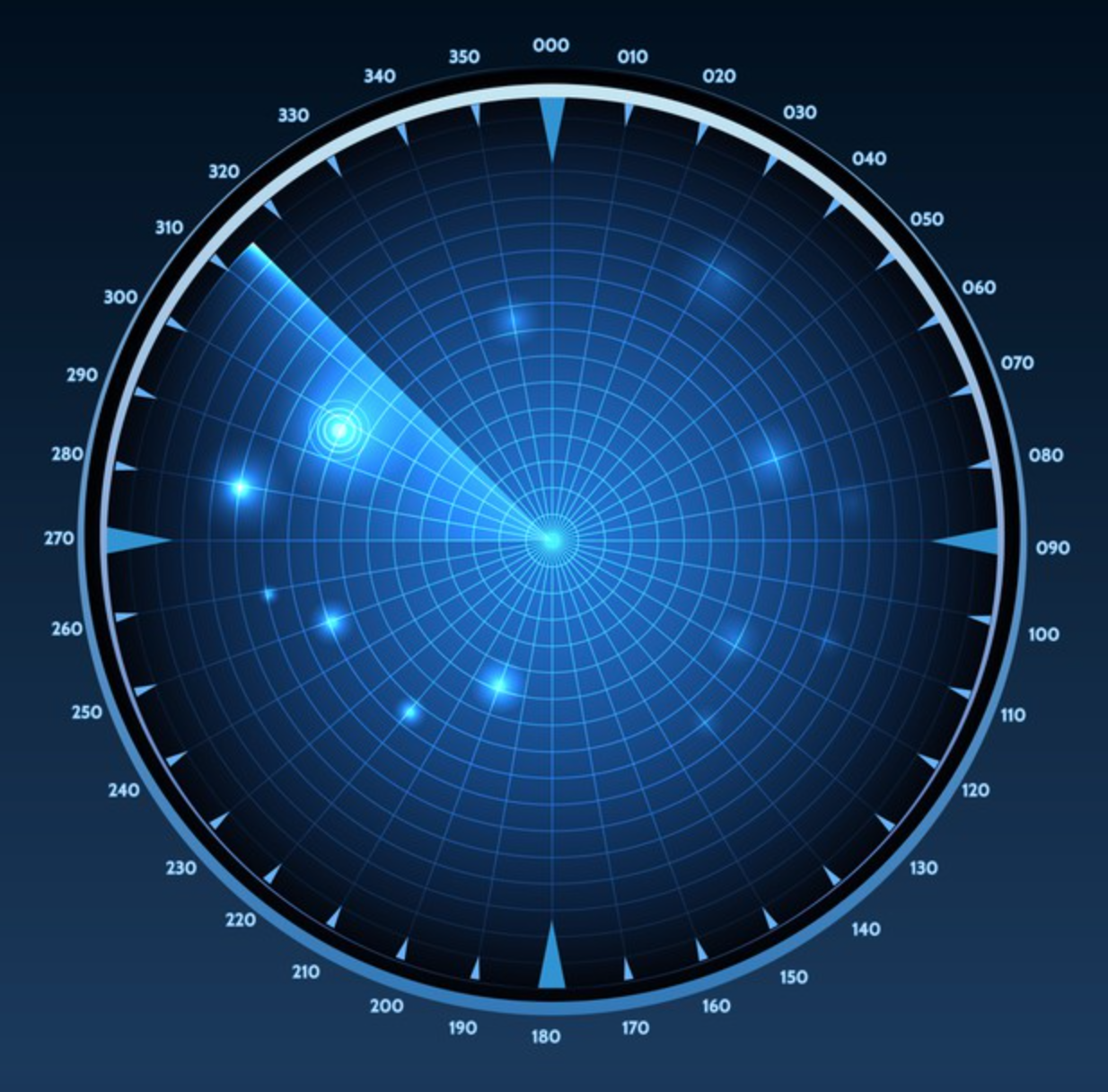 “Cease to inquire what the future has in store and take as a gift whatever the day brings forth.” ~Horace

I have been known to use an analogy of an air traffic controller when discussing the future with a client.

He or she might refer to a dream, goal or desire that feels out of reach, or unrealistic, or crazy to even hope to achieve, usually dismissing the possibility with a downward tone of voice.

Me: “Or maybe it’s off your radar screen.”

The screen reflects aircraft activity within a certain area of his assigned airspace coverage.

He has been notified of the day’s expected flights in and out of the airport and their scheduled arrival and departure times.

And let’s say that there’s a flight coming from Paris later in the day. He can’t see it yet, doesn’t know that it’s even real, because it’s too far away still, outside the radius of his radar.

Just because what you say you want isn’t here yet, doesn’t mean it’s not in the air and on its way—it’s just off your radar screen.

And suddenly, we can forget how utterly limited our radar screen really is, by insisting on focussing on what we can see, only, and not what lies beyond that narrow vision.

“The future ain’t what it used to be.” ~Yogi Berra

Dream of becoming a Broadway star? Easier to hang on to with couple of gigs under your belt. Hard, though, with a suitcase full of ‘nos’.

Or an entrepreneur striking out on their own, who hasn’t landed their first client yet.

Or a couple trying to have a baby.

Or… name a goal or hope of your own.

Everything we hope for, by virtue of the fact that it is hoped for, is off our radar screen.

It doesn’t mean, though, that it isn’t headed our way.

And relaxing into that—into knowing that the plane is already in the air, somewhere over the Atlantic Ocean, and will arrive when it arrives—switches the energy of anxious waiting to that of calm anticipation.

We are all emerging from a pandemic, a dramatically altered reality, only to find that the radar screen we knew so well and of which we were once so sure, has fewer blinking dots and a lot less movement.

But it doesn’t mean your dream doesn’t still exist.

It simply means you can’t see it blinking yet.

Because it’s off your radar screen.

“The reason people find it so hard to be happy is that they always see the past better than it was, the present worse than it is, and the future less resolved than it will be.” ~Marcel Pagnol