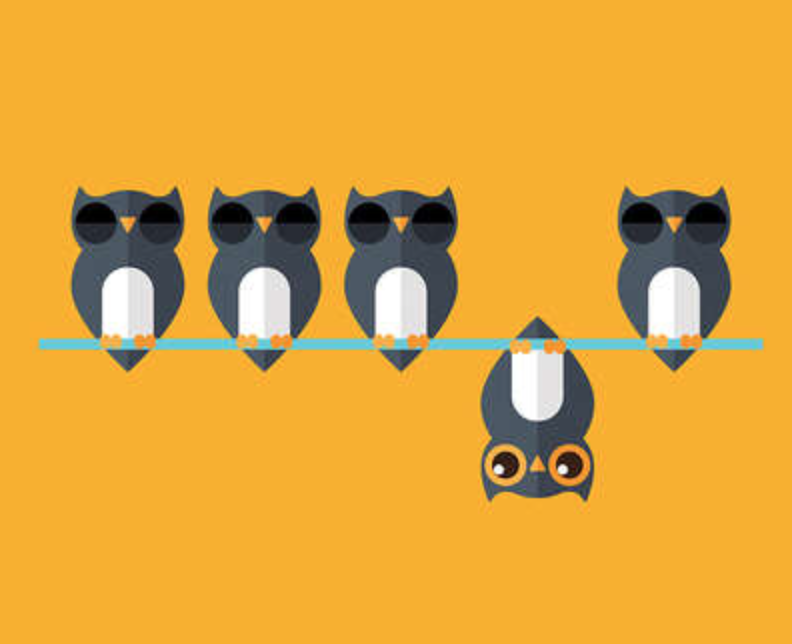 “I think unconscious bias is one of the hardest things to get at.” ~Ruth Bader Ginsburg

I visited a retail store last week, an irregular experience given my current status as an island dweller.

A young man approached as I entered and asked if he could help me with anything.

Named Rand, he was tall and lanky and I put him somewhere in his twenties. He was personable and patient and answered all my questions.

When I went to pay for my purchase, I made a point of telling the equally friendly man behind the cash register—who I guessed to be mid-forties—how helpful the staff was.

Having once been a retail buyer, and having a client-facing focus, I like to let managers know when their folks have made a difference in my shopping experience; I grabbed one of the business cards on the counter with an intent to e-mail a positive review and stuck it in my pocket.

We finished the transaction and I left, but not before waving to Rand and thanking him again.

And that was the extent of my interaction and my thinking, until two days later when I fished the card from the back pocket of my jeans.

I realized in that instant a hitherto unconscious bias: age equates to knowledge and positions of perceived authority/leadership.

I had assumed the older gentleman ran the place solely based on his age/appearance.

So, I went back to that store.

I went back to that store and fessed up. And thanked that young man again.

This time, it was for a better reason than simply being nice while he helped me; it was for helping me help myself.

One more blind spot revealed, an insight that will last a lot longer than any retail purchase.

But when we do? It’s cause for celebration.

“Fortunately for serious minds, a bias recognized is a bias sterilized.” ~Benjamin Haydon