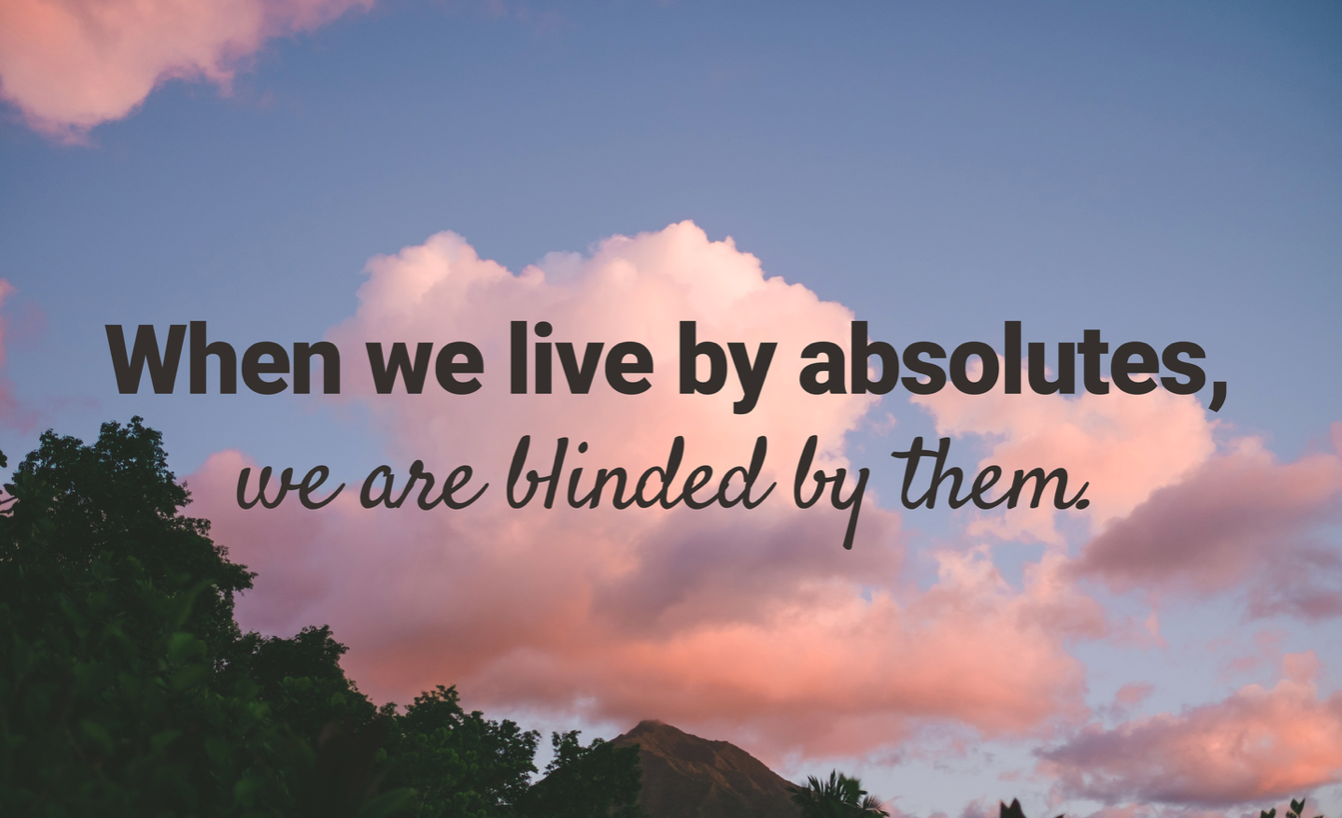 “Language is power, in ways more literal than most people think. When we speak, we exercise the power of language to transform reality.” ~Julia Penelope

Whether speaking to someone else or simply thinking to yourself, words like ‘always’ and ‘never’ are like pouring gasoline on a fire.

Besides, absolutes are usually inaccurate and rarely effective if what you really want is to spur change in the other person, because the person you’re talking to will find the one example that negates what you’re saying.

“It’ll never change…” Well, thinking or saying so out loud sure won’t help it to, now will it?

Try instead: “In the past it’s been this way; I continue to believe it can change.”

This is the ‘drip-drip-drip’ approach to long term change.

And your language is a place to start.

1% changes add up over time

When you use the word ‘never’, for example, when referring to yourself or someone else, or even the world at large, you are reducing your brain’s ability to help the situation or the person to change.

Your unconscious—the ‘mother board’ of your powerful operating system—goes to work to prevent the change you say you actually want consciously.

This is because the unconscious registers absolutes in language as a ‘threat’ and so it activates the internal fight or flight response.

Adrenaline starts pumping, and the listener is now on the defensive, ready to run away or attack.

The good news is, the opposite is also true: rephrasing your complaints by removing absolutes from your communication reinforces the change you do want, and leaves adrenaline out of it.

If as the speaker what you want is an agreement or a suggested change—either with yourself or someone else—using “always” and “never” will not assist you to get it.