Listen to the Loons 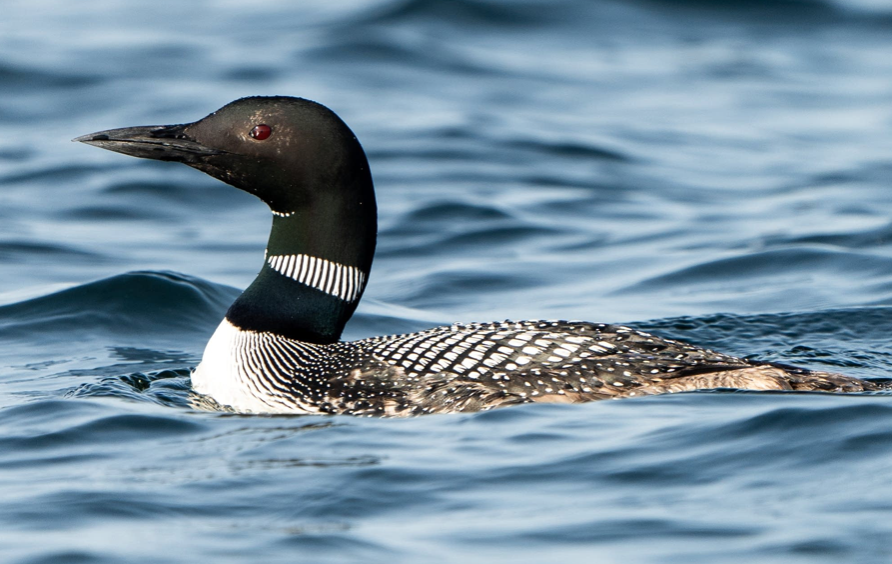 “The forest was shrinking but the trees kept voting for the axe as its handle was made of wood and they thought it was one of them.” – Turkish proverb

The loons on the river were loud last night; alarm trills in response to fireworks being shot off nearby, warning others of possible danger.

On and on they called, up and down the river outside my door, competing with the loud booms and cracks and pops of light in the sky. I felt sad for those elegant creatures.

Nature has a voice; we’d be well served to listen more intently.

She had some stern words for world leaders and the “lip service” they pay to climate change efforts. (Her seven-minute speech is worth the listen.)

Because she’s right: our time is running out to make a demonstrable difference in the pace of global warming, and with it our ability to adapt to it.

We are watching climate change happen in real time.

Wishing it weren’t so, ignoring it, or making it someone else’s problem won’t change the fact that it’s happening.

These are the thoughts that keep me up at night: what world awaits my grandchildren?

How long till we forsake the familiar and convenient for the sake of the future collective?

As someone once said, “principles are only principles if you stick by them when they’re inconvenient.”

Greta’s message reminds me to look to the places where I pay lip service to a principle for the sake of short-term comfort. (A short list: my gas fueled car; a dishwasher; Amazon one-click access; my K-cup coffee maker.)

If enough of us each make small daily, principle-based choices, we can accelerate the pace of change for the long-term.

I don’t know about you, but watching videos of the ocean boiling shook me up.

Nature knows danger lurks and is warning us, just like the loons, to listen, to pay attention, because in order to survive, we must make choices for the long-term.

We must make choices for the well-being of the earth.

Getting an electric car has now risen higher on my personal priority poll.

But man, I’m going to miss that coffee machine.

“Only when the last tree is cut down, the last ocean poisoned, and the last fish eaten, will you realize you can’t eat money.” ~Native American Proverb.