In Case of Fire 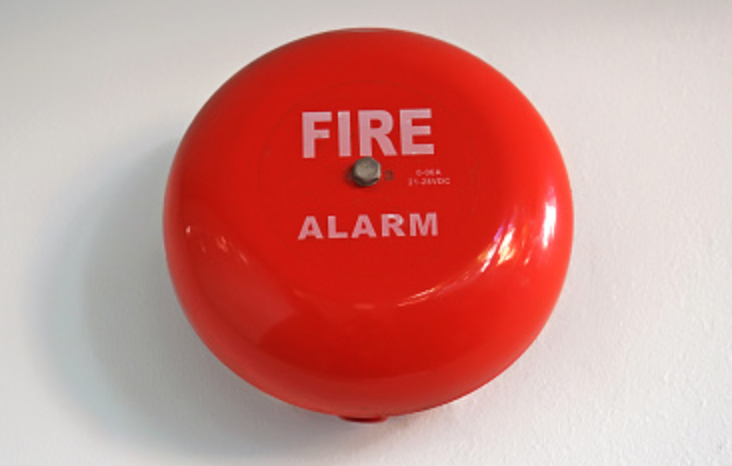 “Triggers can happen when you least expect them. When you think all the emotional wounds are healed, something can happen that reminds you there is still a scar.” ~Alexandra Eva-May

In the apartment complex where I used to live, each unit had a huge fire alarm bell, the old-fashioned kind, a big, round metal beast of a thing.

When it sounded, it could wake the dead.

Each month, usually a Wednesday morning, the alarm would ring intermittently over the course of an hour, part of city fire requirements to ensure everything was still working properly.

Residents were always informed ahead of time which day and during what hours the alarms would go off.

Because every month, despite the warning, that damn alarm would sound and startle the bejesus out of me.

After a while, and on the advice of a neighbour, I got a towel and wrapped it around the metal beast.

When the scheduled testing days arrived, my alarm was significantly muffled.

The towel didn’t stop the sound, but it did stop my startling.

“Avoiding your triggers isn’t healing. Healing happens when you’re triggered and you’re able to move through the pain, the pattern and the story, and walk your way to a different ending.” ~Vienna Pharaon

There’s not a person alive who doesn’t have their own triggers—internal fire alarms—to certain types of comments, people or situations.

A trigger is anything that sets you off emotionally and activates memories of past trauma. It’s particular to you and what your experience has been. When triggered, people revert to the feelings and behaviours they had in the traumatizing situation(s).

Over time, some folks learn how to manage them effectively, and though it may be difficult to actually disable personal fire alarms, these people have learned how and when to wrap a towel around them.

There is a wonderful scene from the television series, Ted Lasso. (Take a quick watch – it’s worth the 4 minutes.)

In it, the series’ star opines on the value of curiosity, that it offsets judgement and moves you forward.

I think it also offsets the “startle factor.”

I like to think of curiosity as my personal travel towel, available when an alarm goes off.

When “startled” by a comment, criticism, or condemnation, responding with curiosity softens the sound: “That’s an interesting comment. Why do you say that?”

And boom: the towel is in place, the alarm now muffled, and you’ve got a moment to breathe, and think, instead of reacting and judging.

Ted knows: Curiosity is like your own travel towel, available at any time when an alarm goes off.

And worth packing in your pocket every day.

“Thinking is difficult, that’s why most people judge.” ~Carl Jung