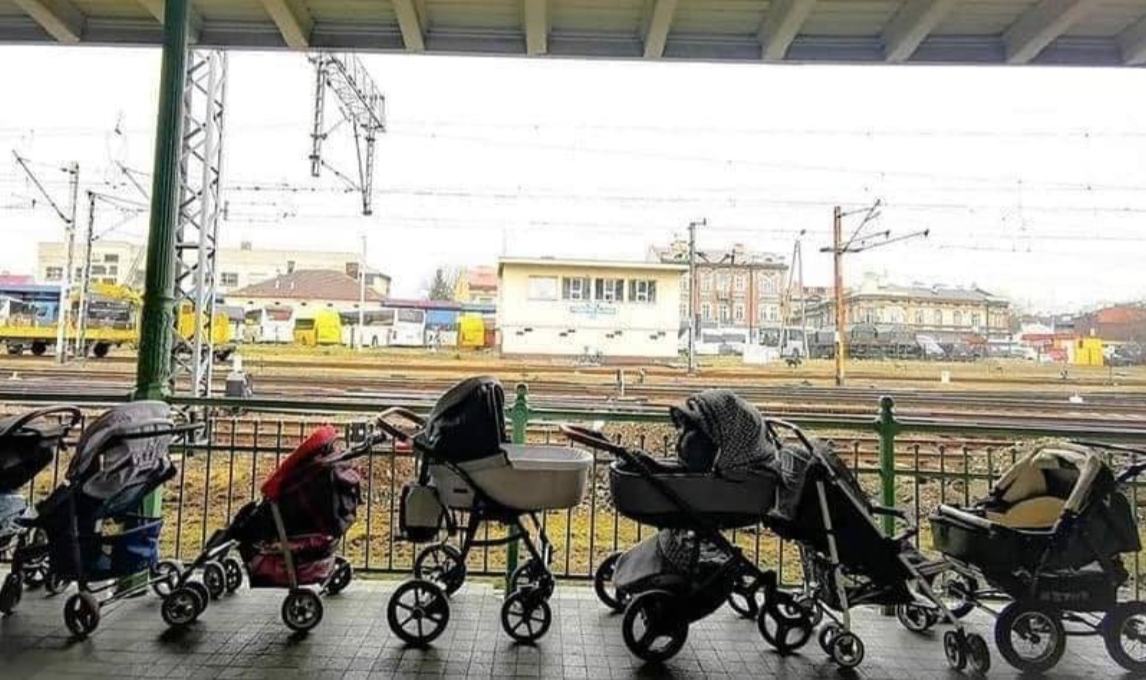 “Life without liberty is like a body without spirit.” ~Kahlil Gibran

Stories of horror and heroism are being reported from Ukraine daily, hourly, in real time.

Zelensky, still alive and no longer simply some prior comedian, a joke of a politician, is now a consequential global leader and the poster child for courage.

As I wrote last week, history will record this time as one of extraordinary patriotism and bravery shown by the Ukrainian people. To my mind, Zelensky has already cemented his place on the world stage: he has galvanized not just his own people, but the people of the entire world.

And they are flooding forth to help in the fight for freedom.

Their stories reflect both the best and worst of humanity.

Companies have suspended operations with Russia, and Visa, MasterCard and American Express, even Netflix, have now suspended all Russian transactions.

Veterans and others are going to Ukraine, volunteering to help in this fight for freedom. Old women are making Molotov cocktails. Young women are refusing to leave, choosing instead to stay and defend their homeland.

People will fight as hard for freedom as they will for their families; put them together—Putin doesn’t stand a chance.

And examples of compassion, marvellous little gems sparkling from under the rubble, tiny glimmers of hope for humanity, abound in the midst of the pain: one such, parents in Poland leaving baby carriages in the train stations for exhausted arriving refugees who’ve been carrying hangry, tired, and frightened children.

People singing, welcoming the walking wounded as they stumble out of Ukraine and into one of several bordering countries.

But death, too, and horrible losses, on both sides; teenaged Russian soldiers who will never see their mothers again, and Ukrainian children who will never grow up.

Ronald Reagan once said that “freedom is never more than one generation away from extinction.”

The bombs may be falling on Ukraine, but we are now all in this war, because that’s what this is: a fight for freedom, physically, ideologically—and spiritually.

We will all be making sacrifices for the sake of freedom halfway across the world, on behalf of children we’ll never meet.

Not all of us will be asked to carry a gun or flee our home with only the clothes on our backs, but we will be asked to contribute in whatever ways we can, because under all the obvious ugly there’s subtle beauty brewing: the world is now united in a common cause that I believe will prevail—in the long run.

So, when you’re paying higher food and gas prices in the days and weeks ahead, when you shake your head at your diminishing options as a result, wondering how the world spun out of control from your privileged Western perspective, I ask you to remember that Ukraine and democracy and freedom and the future of humanity are worth this small sacrifice on our part, for a relatively short time compared to the interminable terror a nation across an ocean from us feels right now.

Let’s hope we can muster a fraction of the courage the Ukrainian people have already displayed.

Because the children of the world deserve a shot at happiness—and freedom.

And only we can provide it..