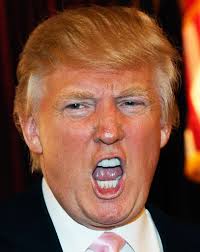 “Our mind is capable of passing beyond the dividing line we have drawn for it. Beyond the pairs of opposites of which the world consists, other, new insights begin.” ~Hermann Hesse

Is it just me, or are some people willfully ignorant? Intentionally blind to opposing points of view.

It’s as though the words “compromise,” or “peace,” or even “climate change” simply don’t exist for them.

And it seems to me that the extremes of life—and the journalists who cover it and the politicos who (supposedly) lead us—are growing further apart every day.

We need leaders who can straddle the chasm of contradiction. John Kerry’s trying, bless his heart, broken-leg and all, but it’s a slow slog.

Finding the balance between the polarities of any given reality is the way of all great leaders: they are able to take two opposing “sides” and find an internal balance zone for themselves and their decisions.

It’s the way they think: they lean toward a “both/and” position, not “either/or.”

Here are a couple of questions that might help you in that endeavour, in case you care about things like character, so achingly gone from most media today:

Just some stuff to think about.

I think it’s important stuff, so I thought I’d pass it along.

Because I just saw clips of Cruz and Trump on the Sunday morning news shows.

And they scare me.

“The evil that is in the world almost always comes of ignorance, and good intentions may do as much harm as malevolence if they lack understanding.” ~Albert Camus