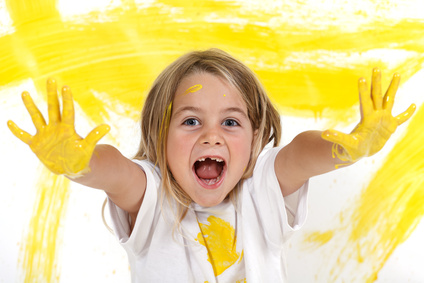 “Creativity is allowing yourself to make mistakes. Art is knowing which ones to keep.” ~Scott Adams

I’ve heard too many adults label themselves as “not creative” because they “can’t draw.”

It’s a rather limiting definition.

I tend to view any creative endeavour executed with excellence as an artistic expression.

Creativity is not relegated to the world of canvas and paint. Hair stylists, make-up artists, graphic artists, designers, architects and athletes, horticulturists and florists, surgeons and builders, composers and musicians, they are all artists.

And you know what? Every single one of them makes mistakes—some major, but most minor—and they are usually the only ones who know it.

Sometimes they scrap the product, but more often they allow the perceived error—a deviation from the plan—to serve as a catalyst for the creation of something else.

Heavens, all you need to do is watch a three-year old play to see creativity in action.

In conversation one day over twenty years ago a woman said the following to me: “There is no room for perfection on the road to excellence.”

It has taken me two decades, almost, to grasp the brilliance of the sentence and the concept it conveys.

Artistry of any kind, whether in the kitchen or the boardroom, must make room for errors.

Else, where would insight and inspiration be birthed?

And how would we learn discernment?

It isn’t that we adults aren’t creative, because we are.

It’s that we judge our efforts too harshly, placing too much weight on the finished product while ignoring the creative process.

And that’s the opposite of excellence in action.