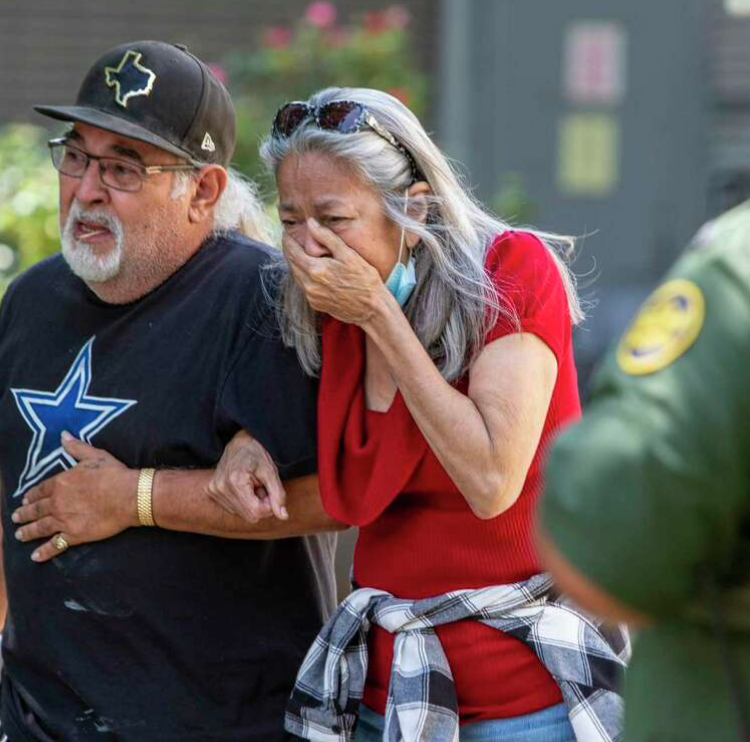 “The world is changed by your example, not your opinion.” ~Paulo Coelho

Another shooting, within days of the Buffalo market shooting, this time an elementary school in Uvalde, Texas, the land of conceal carry gun laws.

There are no words—or not enough, anyway, or the right ones.

I’ve run out of them—or they’ve outrun me.

Horrible, devastating, miserable, shocking? So is Mother Nature on occasion.

Unspeakable? Unthinkable? Unimaginable? On the contrary, it is quite ‘imaginable.’ It’s happened. Time and time again.

So, what are the words; what words for the parents of a ten-year-old they’ll never hold again?

There are more guns than people in the U.S. and mental illness exists wherever people exist.

There have been 27 school shootings so far this year, and it’s only May.

A Republican Senate has blocked gun legislation passed by the Democratic House of Representatives; Biden has said he’ll sign it when it hits his desk, but McConnell has vowed to block all Democratic legislation.

All so as to retain power.

Leadership? I think not.

The NRA, a gun lobby, has donated millions of dollars to Republican Senators, and only two days ago the BBC published an article: America’s Gun Culture in Seven Charts.

So, based on results, and only on results, not opinions, or thoughts and prayers, Columbine and Sandy Hook and Marjorie Taylor Douglass—and the HUNDREDS of other mass shootings—haven’t been enough to get partisan politicians to value the lives of innocent children over money.

What is, then? When is enough, enough?

This is about money, and power, and saving face, and passing the buck as much as it is about guns.

And all of it is about fear, not love, nor concern, nor even what is right.

And my heart breaks a little more, each time, chipped away with a chisel of impotence.

And the little ones bear the weight of the leaders’ cowardice.

God, please save the United States from self-immolation.

“A coward is incapable of exhibiting love; it is the prerogative of the brave.” ~Mahatma Gandhi