Eager to be Heard? Silence is Seductive 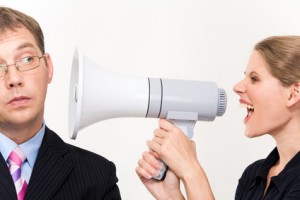 “Have something to say, say it, stop talking.” ~George Horace Lorimer

Something we’ve all seen demonstrated in meetings and around boardroom tables is the belief that saying something, anything, is better than saying nothing.

Even if it’s to repeat what someone else has already said.

Even if it adds no value to the discussion.

Even if it’s because you’re afraid of not saying something.

Even if, as you are talking, you’re thinking to yourself, “Uh, oh. Stop! Shut up!”

This is especially true with people who are:

My advice to all the above:

Silences, then, become powerful and important. They provide spaces for both listener and speaker to catch up with each other. We do this with our friends, and family, sit with silence.

But silences in business conversations, we think, indicate a lack of knowledge or expertise, otherwise we’d jump right in with the answer.

This is not the case. Often the first answer is not the best answer, and had you given yourself just 3 seconds of silence you would have figured that out.

Silences can save a conversation from derailing sometimes; don’t be so eager to fill them.

One last tip: Take one really deep, slow breath before speaking; you’ll usually end up saying half as much and it’ll be slower paced.

To be heard, both are better.

“Be sincere; be brief; be seated.” ~ Franklin D. Roosevelt