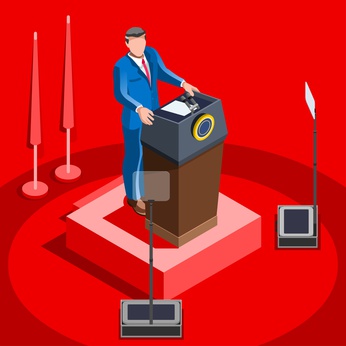 “In reading the lives of great men, I found that the first victory they won was over themselves…self-discipline with all of them came first.”
~Harry S Truman

What I witnessed was an unfocused, unstructured, unprepared performance by Donald Trump.

I may lose some subscribers with this post, but I have this to say in response to someone whom I respect and like very much, who supports Trump. She is an intelligent woman, kind-hearted and bold of spirit.

But, based on the immediate (and it appears, manipulated) poll results, I was aghast.

Had the American people watched the same debate I had?

How could they begin to think that Trump had won it?

My friend’s response: “Authentic versus Fake?”

This seems to be one of Trump’s main attractions: Authenticity.

Authenticity is desirable, yes, but is certainly not a qualification for a job, and certainly not for the most powerful position in the world.

But let’s not confuse ‘authentic’ with ‘unfiltered.’

Since when is being completely uncensored a qualification for leadership?

Stand back from the politics for a moment and look at the person: If Trump guy were some C-suite leader whose team you’d been called in to assist in a change endeavor, (or, worse, you were his direct report) and you saw and heard him interrupt, deny, deflect and dance around questions, would you not call him out? Would you not recognize there was a bully at the helm?

In this case, while Trump may be authentic, he is nonetheless unqualified to lead a country based solely on his inability to curb his adolescent ego. It reveals a lazy, impulsive, undeveloped character.

No accountable person of character blames a microphone for a poor performance. In fact, accountable people generally don’t blame at all.

Say what you will about Hillary—and I’ve done the research, spent hours trying to find what people hate about her (and I found a lot, so I DO have my eyes open)—she is still better suited to and qualified for the job.

Either way, The US is in for a mighty rough next few years.

We’ll need a grown-up at the helm of this ship to navigate the turbulence to come.

“Nearly all men can stand adversity, but if you want to test a man’s character, give him power.” ~Abraham Lincoln