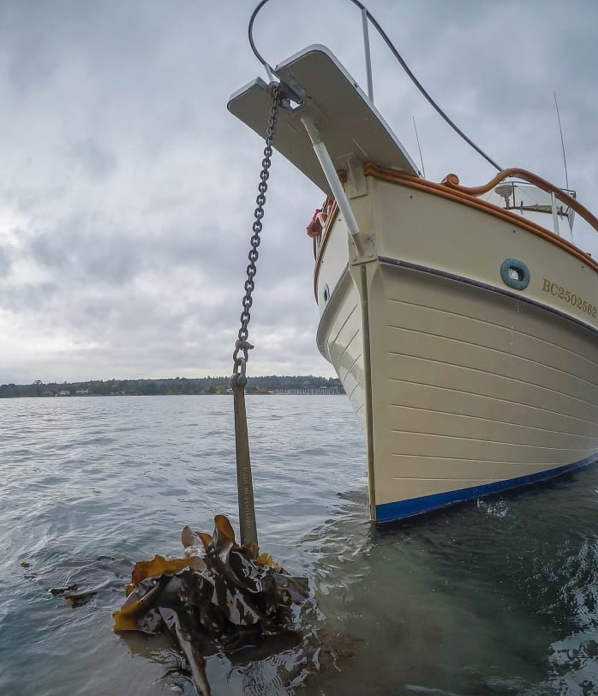 “Maturity is the ability to reap without apology and not complain when things don’t go well.” ~Jim Rohn

I know a lot of grown-up children. Of course, we all are to some degree, for better or worse, but some stay rooted to a time or place. Or a person or a feeling.

They may become anchored to an event by trauma or distorted obsession.

Refusing to lift anchor—while simultaneously blaming it for their lack of forward progress—leaves them bound to a myopic way of thinking, stuck in a stale state of being.

Some people have lowered multiple anchors, making it difficult to sail anywhere; it’s too much drag, too heavy a load to move.

If they never lift anchor, they will never get to the destination they claim they can’t have, because, because of… the damn anchor.

And then they sit there and bitch about it.

“Complaining not only ruins everybody else’s day, it ruins the complainer’s day, too. The more we complain, the more unhappy we get.” ~Dennis Prager

Doing it, feeling it, and listening to it.

I notice, now, how often people pontificate about social issues, issues that indeed do matter, yet the discourse is often laden with their deeper grievances—complaints wrapped up in righteousness and tied off with logical argument.

My weariness has shown up in a progression over the course of the past couple of years which surprised me. When I stopped long enough to think about why I now feel a certain distant sorrow towards those who choose to complain on a chronic basis I realized I’ve gone from annoyed with, to pissed off by, to denigrative or dismissive of, to grokking their need to do so: it’s saves them from accountability; it’s someone else’s fault their boat is stuck in the harbour.

As a coach and program leader I’ve heard my share of complaints, probably more than the average person. The difference is in the intent of the complainer: is it to dump or to solve? Do they seek to justify the appropriateness of the anchor, or ask assistance in pulling it up and setting sail?

Need to get something off your chest?

Plain frustrated with someone, thing, or the whole damn world?

I think I’m complaining about complainers.