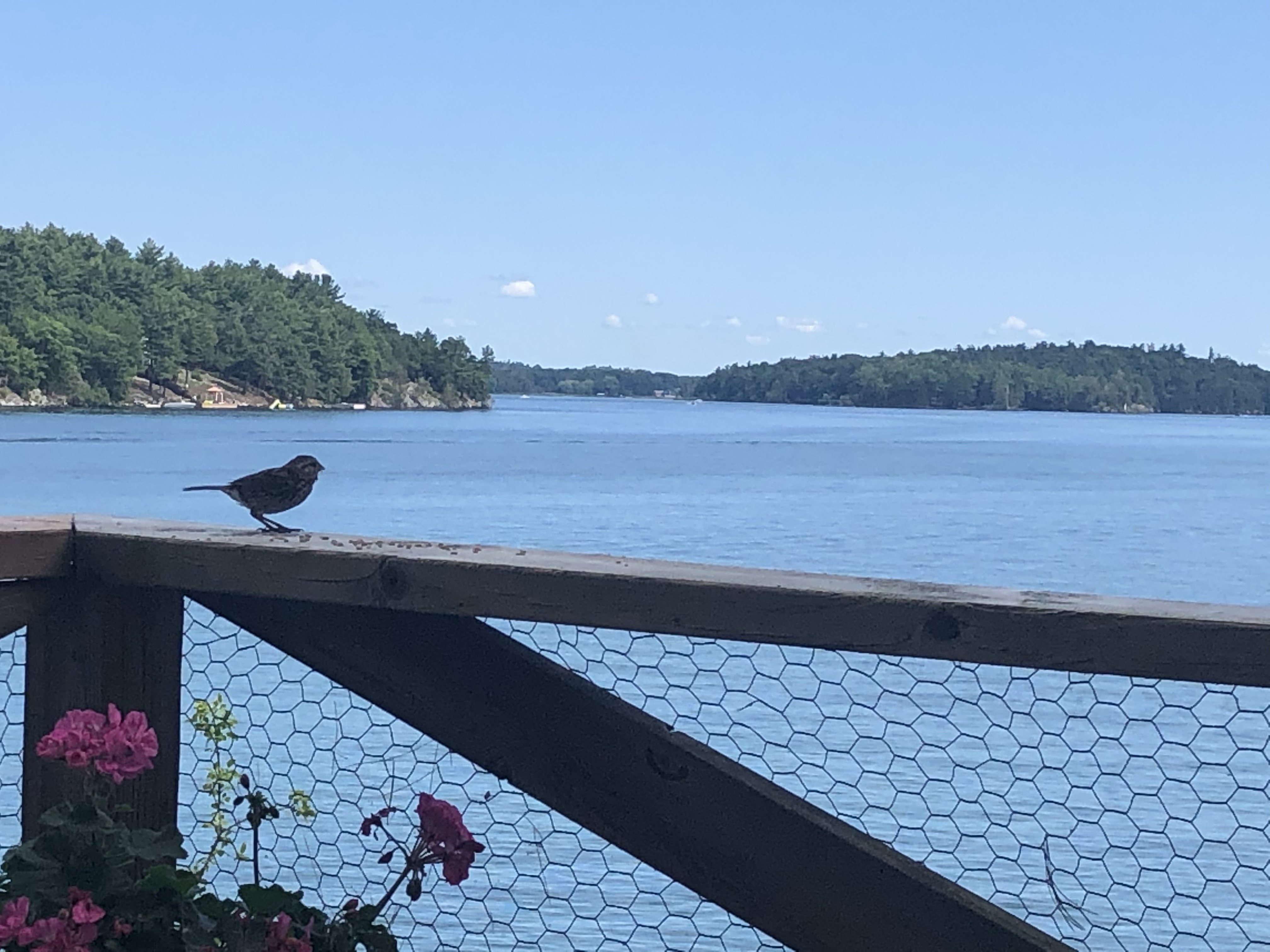 “In order to see birds, it is necessary to become part of the silence.” ~Robert Lynd

Regular readers of this blog are aware I have chosen to spend the summer at my family’s cottage in the 1000 Islands. God bless my parents who purchased the place in 1956.

At the time, my father was the rector of a parish in Syracuse, N.Y. and the cottage was only a 90 minute drive north.

As well, there were very few border issues; crossing by boat was a daily occurrence.

That was then. Now, the border is closed to non-essential U.S. citizens.

Now, the river, on a sunny Saturday, is almost void of vacationers, and more than half the nearby cottages are empty of occupants.

The result is silence—save the sounds of wind, water, and trees and the creatures who occupy them.

It is the kind of silence that seeps into one’s soul and reawakens priorities, revises plans, and refreshes perspectives.

I arrived on May 19th. Somewhere along the way, in the midst of the silence, stillness crept in, and with it the forest dwellers: black and red squirrels, chipmunks, and Canadian Geese are part of my everyday landscape.

Otter, beaver and mink stop by on a regular basis, one mink coming up onto the porch and just hanging out for a few minutes, a first-time ever event.

Heron and hawk, eagle and osprey fly overhead as do myriad varieties of feathered creatures. Ducks abound with their offspring. Swans swim by weekly.

A small song sparrow began to creep into my awareness. He or she lives in the tree next to the porch or seems to sing from that place most often.

Over the course of my time here, often beginning as I played my guitar, Mybyrd (as I’ve named s/he) would alight on the tree eight feet from me and sing with me. In the midst of the silence and stillness, a relationship took hold. We interact daily: S/he calls, and I come; I call, s/he comes.

Perhaps it is the lack of any dogs or children running around the property. Perhaps it is the handful of birdseed I place gently on the porch railing each morning and evening before strumming a G chord on my guitar, part of “my call.”

Perhaps it is the daily consistency of it, or the Pavlovian nature of it, or all those things combined, but the result is this remarkably rewarding relationship.

I’d like to believe, though, that I have somehow settled into the silence my bird requires in order to be heard. And that by doing so, enough trust has been engendered to connect on more than a fantastical level. (I have witnesses: s/he comes when I call.)

Or maybe they’ve been there all along, my new companions, just waiting for me—and for the world—to slow down long enough to see them, hear them, and learn from them.

Maybe, it takes a season of sacred silence to simply notice what has always been.

“The sound of birds stops the noise in my mind.” ~Carly Simon