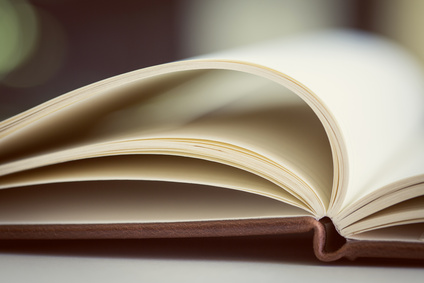 Happy New Year everyone!  So long to 2014—a year that brought us infectious diseases, plummeting economies and fractured communities—and hello to 2015.

While last year was a busy, fulfilling and enriching one for me, for many of my clients, they are glad to leave it behind.

Yet, I remain tirelessly optimistic. Not to be trite, but it is a scientific fact that from death emerges life. Energy doesn’t disappear, it transmutes, it evolves, it emerges elsewhere. Just as another senseless tragedy erupts, a story of hope and compassion surfaces from somewhere across the globe that touches and uplifts us.

After all, how you interpret the events of the world, and your own life, is a choice. You can make data say anything you want depending upon your perspective. Ask any good accountant.

So I choose hope and resolve and goodness and light. I invite you to do the same. Not because it’s what we see and hear everyday, and certainly not because it’s in the news, or even true, but rather because the choice itself produces proof of the perspective.

Perhaps you, as I, rewound 2104 in your mind at some point during the last week. What were the highpoints, the low points, the lessons? What were your accomplishments, shortcomings, or omissions? What do you want for 2015? Perhaps you even made a list of resolutions, always a fine way of formalizing your intentions.

I sat waiting for a client on December 30th and had a few minutes to myself. Pulling out a pen and pad, I thought for a moment and then jotted down the first things that came to my mind.  Rather than a list of things to do, they turned out to be responses to these questions:

I won’t share my answers. TMI. But I suggest the categories as an effective format for forging the kind of 2015 you’d like the year to become for you both personally and professionally.

“We must be willing to get rid of the life we’ve planned, so as to have the life that is waiting for us. The old skin has to be shed before the new one can come.” ~Joseph Campbell

And on that note, I submit my newest website for your inquisitive eyes. (The CCBarlow site will continue as a personal site and the Monday Morning Message will appear on both.)

My Board and I began the rebranding process of Constellation Learning, my banner since 1998, in March 2014. Nine months later, after an arduous pregnancy, not to mention unexpected sadness in the passing of an identity I had known for so many years, C3 Conversations has been birthed, and with it tremendous clarity, confidence and conviction. (Those aren’t the final “3 C’s” but I’ve got 15 more that’ll do.)

I am thrilled with the results of the efforts of all who contributed to the final product, most well behind the scenes. They know who they are. A special shout out to Ed Shikatani in Toronto for the logo design, Dave Levy in California for the web work, and Boni Wagner-Stafford for the copywriting and communication planning in Toronto. It really does takes a village…

For my faithful followers, I ask that if you feel so moved, that you would forward on the link to any and all you think might be interested in joining your ranks by subscribing to the Monday Morning Message.

My over-all 2015 intention: to reach more people. I’m grateful for your help.

While I will more frequently address the topics of communication, connection and collaboration (yes, the final 3 C’s) there will still be, as today, a more personal aspect to some of my blogs; you know how I love to tell stories.

So here’s to writing a glorious new one in 2015! May it become the year of your dreams, folks. You—and those you love—are worth it.