A Leap of Courage 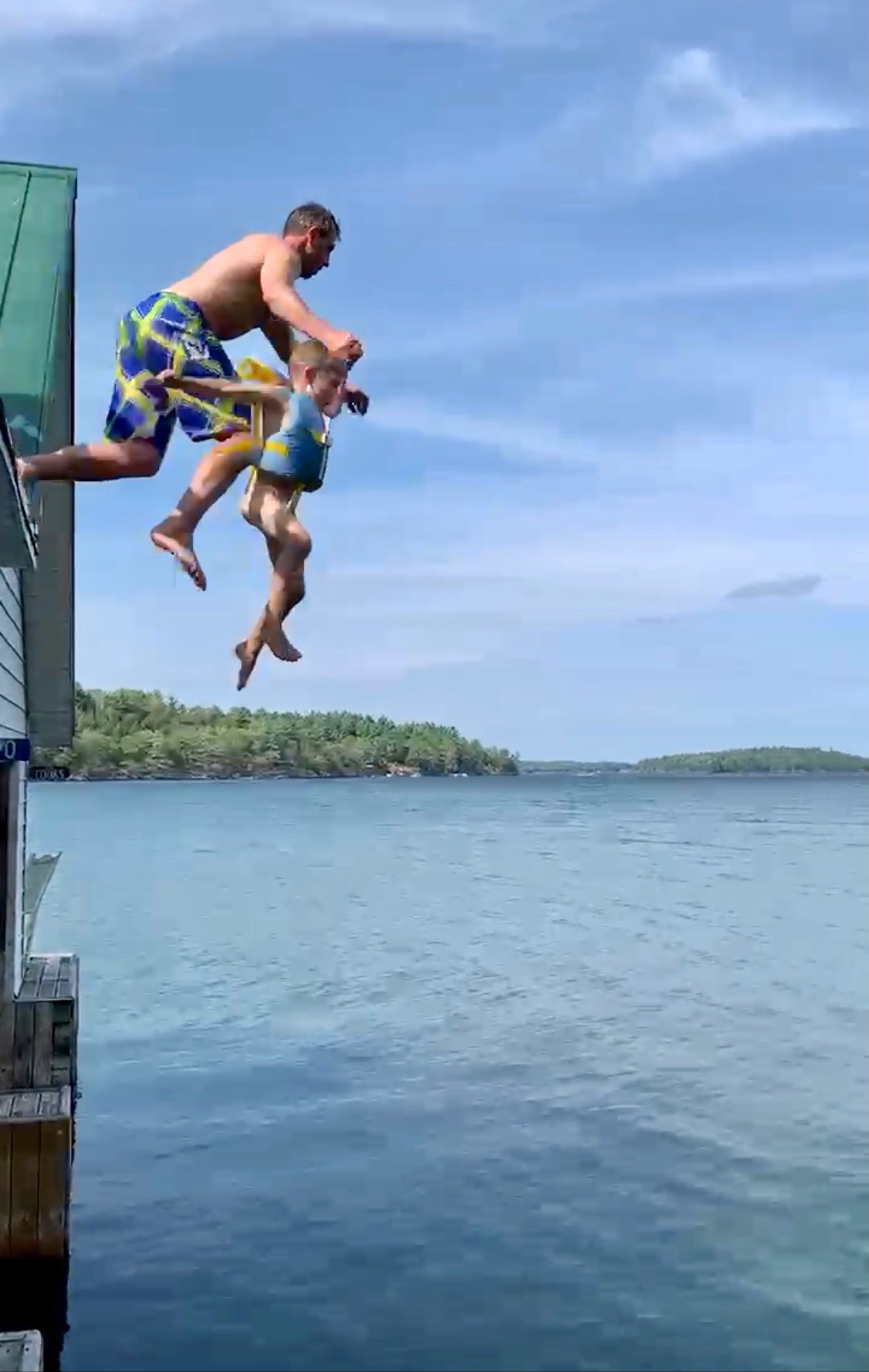 “If the fear won’t go away, you’ll just have to do it afraid.” ~Unknown

I’m happy to report that my children and grandchildren made it across the Canadian border in the wee hours of Monday morning, exhausted but revelling in their arrival, a return to their youth and the solid sense of home.

It has been a spectacular week spent watching a  three-year old girl and slightly timid five-year old boy relive my own youth, reigniting old traditions: fishing off the dock; walking barefoot with the inevitable stubbed toe to prove it; that first fall into the water and realizing you’re okay; bonfires and s’mores; a bare-bottom boy building boats.

I am watching my grandchildren awaken, witnessing early neural imprinting take root, rites of passage occurring before my eyes, memories that will impact them for life whether consciously remembered or not.

Such is the circle of life.

My sons started an annual tradition when they were youngsters: jumping from the roof of the boathouse into the water 12 feet below.

As they advanced to performing somersaults and flips, I would hold my breath and hope.

Monday, my grandson, (who had started swim lessons prior to the pandemic but, of course, those were cancelled) slipped into the very shallow water off the swimming rock. He shrieked and called for help.

We all stood there, encouraging him to stand up and get himself out. He was fine. He could do it. And he did. We clapped and cheered, celebrating a necessary rite of passage.

Tuesday, he tentatively stepped onto the swimming ladder off the main dock, but not into the water no matter how much encouragement.

My sons jumped in over and over to show him how easy it was.

Eventually he let go of the ladder and leaped to his father floating a few feet from him.

Within an hour, he was executing (according to him), flying ninja attack kicks off the dock, with fist pumps, climbing up the ladder and repeating the jumps until his little lips wouldn’t stop shivering.

Wednesday, my sons upped the ante: they jumped off the boathouse roof.

“No way!” But his eyes gleamed.

And within a matter of minutes his dad lifted him over the railing to stand on the overhang.

He changed his mind several times.

“Yeah, that’s the way it is sometimes when you do things for the first time—scary and exciting.”

Back and forth he was lifted over the railing, over and over.

And then, just like that, he decided to go—it was in his voice, the way he said, “I’m gonna’ do it.”

Holding his father’s hand, with his dad counting down 3-2-1, he jumped—on “2”—catching his dad by surprise.

His mother held her breath and hoped.

We seasoned river rats clapped and cheered for another rite of passage.

Another rung on the ladder of self-confidence.

Another fear chased away by desire.

Such is the circle of life.

P.S. And yes, after an exhaustive search through the woods, Peyton did dig up his treasure chest, with all the earnestness and delight I had hoped he would.