A Gleam of Silver 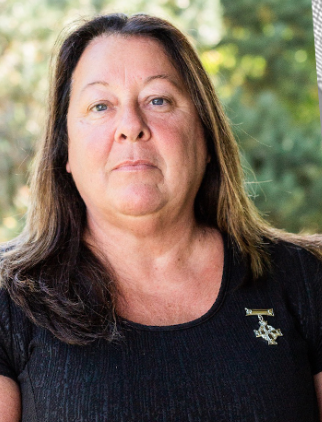 “Rather fail with honor than succeed by fraud.” ~Sophocles

As is my routine each Sunday morning, I sat with open laptop and sought inspiration for this week’s Monday morning message.

I like to uplift and inspire my readers. I like writing something about which I say to myself at the end of the day before posting it for sending on Monday morning, “Okay. This is pretty good.”

And then there are days, like today, when inspiration eludes me, and to write something light and frothy during global turmoil seems disingenuous.

Because… Ukraine. And 2.7 million refugees.

The Russian aggression against the Ukrainian nation leaves me groping to access anything remotely light and frothy this Sunday.

As a mother, I grieve the loss of life—and innocence—of a new generation of little ones.

As a woman, I stand in awe of the courage and determination displayed by those who have placed principle and honour before personal safety.

And as a writer, I bow before those who have experienced the losses war incurs and acquiesce to their brilliant words. (Of late, I’ve found solace in poetry.)

So, in seeking something which might inspire some cogent articulation on my part about so broad and deep a topic as war and wounds and how to handle our individual humanity in the midst of such collective inhumanity, I turned to others’ attempts to do the same.

I humbly offer you words written by those who have been visited by war, and his bed-fellows—death, destruction and despair.

Yet, still, the heart hopes.

And therein lies our salvation as a species, a beacon of silver reflected through the storm, .

Honour them who may have woken
to know the battle’s grim tomorrow,
yet equally whose youth was broken
by living death of pain and sorrow:
they shared the pulling down of blinds
on their own shattered limbs and minds.

– Ken Tout, who stormed the Normandy beach in WWII.

This one shredded me; I, too, am the mother of two boys.

But it also serves as a reminder: we will survive, despite the grief of loss which lasts a lifetime.

She stands in the cold
Her black cloth coat
Suits the occasion
But fails to keep her warm
Despite the gleam of silver*
At her breast.

Her thoughts circle round:

“Why did we have another war?
Didn’t we lose enough men already?
Why did my sons have to die?
O God, keep me upright.
Help me not to scream
Out their names.

“What will we have for dinner tonight?
What would Joey and Bill have wanted?
It’s so hard to have faith…
It’s so hard to have hope…
Why did my sons have to die?
Jesus, you comforted your mother
As she stood and watched you die.
If I pray hard enough
Will you bring comfort to me?

But she doesn’t scream…
She stands beside the Honour Guard
Who are older than her sons
Were when they died.

The people nearby watch her,
Wondering how she can stand
So still, so calm,
Knowing she lost two boys,
Thinking she has lost her grief
After all these years
When to her it might
Have been today.

​- Clare Stewart, a Canadian mother and poet
*A Silver Cross medal of honour

I’ll leave you on a slightly lighter note with the lyrics of a song you know well. If ever there was a time for it, this is it.

Come on, you know the tune. Let’s all sing it together, like some grand choir, with feeling.

Maybe if we sing it loud enough, it will carry it in our hearts, it will float across the globe and inspire a Russian soldier somewhere to lay down his weapon and walk away.

At the very least, on this third Monday of a war no-one wants, it will make you want to sing, or dance.

And that’s a good thing, a tiny gleam of silver on this Monday morning.