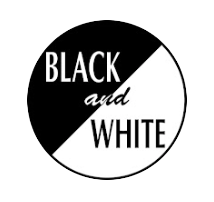 “May your choices reflect your hopes, not your fears.” ~Nelson Mandela

My travels over the holidays took me from Canada to Connecticut to Maryland and last week, to Sewanee, Tennessee. This week, it’s Spartanburg, South Carolina.

I’m in my car. A lot. And for long distances. I enjoy the time to reflect, sort and release.

Being old school, I listen to the radio. A lot. Preferably NPR. Or oldies, indie, classic rock. But never country; the genre is not my cup of tea.

I keep meaning to load up some podcasts on my new iPhone, but I’m old school about that hunk of metal, too. Meaning: I haven’t taken the time to figure out how to make it all work in my car.

So, I listen to the radio.

The thing is, the further south one travels down the east side of the United States, the less one is able to find public radio, or classical, or rock, at least while moving quickly in a car though an unfamiliar landscape.

Nothing. Nothing but county or Christian.

I spent hours searching for something else starting about halfway through Virginia; the words Jesus, sinner, repent and saved admonished me for miles.

Phrases like “my baby done left me” or “ride in my truck” or “down home” twanged themselves in syncopated rhythm in different voices both male and female.

My finger got tired of endlessly turning the radio dial, and at some point I snapped it off and simply watched the landscape float by: gorgeous Blue Ridge Mountains in the distance, fenced fields and rolling hills nearby. Lots of pick-up trucks on the highway with me, far more than I’m used to seeing, even in the rural area in which I now live.

And there are still plenty of Trump signs to be seen, and Confederate flags, and billboards proclaiming the impending end of the world and the deep need for immediate redemption in preparation it. Have you found Jesus yet?

I found it all rather saddening. A heaviness accompanied my search for uplifting auditory stimuli.

And a lot of fear.

That’s not to say the stations for which I searched weren’t there—air pockets of uplifting calm—I just found them increasingly difficult to access as I sped down the highway with trucks whooshing past me.

Seemed to me to be analogous to the state of world right now: either/or thinking, not both/and.

Either you’re a Christian, or you’re a lost soul.

Either you own a truck, or you’re “woke.”

Either/or thinking seems to be tearing the world apart.

Not everything is black and white. Maybe it’s greyer than we think.

I do know, however, that learning how to do the podcast thing in my car has moved up my priority list.

And I do know that there’s enough out there in the world to find beauty if one looks, and enough to be grateful for if one tries, and enough to worry or wonder about on our own without listening to radio stations—no matter the genre—broadcasting fear wrapped up in the promise of certainty while sucking the listener down a hole of increasing either/or thinking.

Because we live in a both/and world.

“There is nothing either good or bad but thinking makes it so.” ~Shakespeare