Courage: It’s in the Eyes 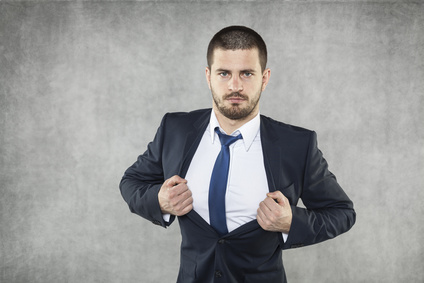 “I learned that courage was not the absence of fear, but the triumph over it. The brave man is not he who does not feel afraid, but he who conquers that fear.” ~Nelson Mandela

A video caught my eye awhile back, another one of those inspiring, beat-the-odds X Factor auditions, this one of a nervous nine-year old boy.

In all the programs I conduct, a cornerstone concept is the notion that courage is required to leap the fence despite the fear when reaching for something outside your comfort zone; that courage precedes confidence.

Watch the video: This kid, after balking in front of thousands—as in, crumples in a pool of tears—leaps that fence of fear and flies to his own field of dreams. It’s flat-out one of the most courageous things I’ve ever witnessed.

Courage is a funny thing—it shows up in myriad ways, wears many cloaks, but there’s one consistent aspect to its demonstration: a certain look in the eyes; I saw it in the eyes of the participants who attended The Trust Program™ this past week.

The eyes are the place where emotion flashes. We might be able to control our bodies, but the eyes never lie. It’s why the eyes are the number way we judge sincerity in another person.

If you stop the video at exactly 3:07, you’ll see the look I’m talking about in this little boy’s eyes. It’s only a flash, but you can see courage and determination. Here’s the screen grab:

Then, at 4:00 that kid unfurls his wings and at 4:20 he surrenders to the freedom of flight.

Would that we were all as courageous as this young man!

(I just re-watched it, and am crying. Seriously. But then, I’m a sucker for bravery in action, especially when kids are involved.)

If you wait for confidence before you jump, you’ll wait your whole life.

Courage births confidence, but it comes after we take the leap, not before.

It comes when we step up, scared to death, and take a leap—only to find we could fly along.

(And it helps—a lot—to have at least one person to cheer you on.)